Hello lovely people! It’s been awhile since my last “chatty” blog post. I don’t have any Instagram posts to share this month since I’m mainly focused on just revealing my LookFantastic Advent Calendar (which I’m going to share in more detail in its own post).

I want to talk about my blog for a minute. I haven’t been feeling motivated to write posts. Usually I love writing and it’s fun for me but it’s just not feeling fun for me lately. I don’t want to force posts to happen when I’m not feeling it. This isn’t an “I won’t be blogging for awhile” post. Not at all! I will still be posting but when I’m feeling it.

As much as I would looooove to be able to maintain a 3 or 4 times a week post schedule, for me, it’s just not plausible. And my blog does do a lot better when I update frequently, I know that! But it’s just not who I am as a person. I don’t do well with deadlines. I’m very prone to stress. So I just don’t want to force anything and hurt my mental health!

Hopefully once I get out of this rut, I’ll be back to posting more frequently. In the meantime, I think I will try slowly working on one post and not worry about getting it posted that day.

Anyway, as most of you guys know, my dog passed away recently. I haven’t talked about it since my last update post which was almost 3 weeks ago now. I think it’s part of the reason that I haven’t felt in the mood to update. I’ve been having a tough time with it. You just don’t get over a companion that’s been by your side for 18 years quickly. I think I’m getting a little better now. I still get really sad when I think about it but I’ve been trying to keep myself distracted, which I find helps the most.

My latest struggle is dealing with strep throat. It’s been soooo awful! I’ve had strep throat in the past but this is the worst case of it I have ever had! I had a high fever on Friday, Saturday and Sunday that had me teeth-chattering cold one minute and then sweating my butt off the next! My throat has been so sore (obviously) and it’s so gross to look at. Which is why I make a point to look at it constantly…it’s like a car crash! XD

I haven’t had a voice either! Today was actually my worst day for not having a voice – I could barely even whisper for the first half of the day! But it’s actually sounding a lot better now than it did the last few days so hopefully it’s even better by tomorrow when I have to go back to work!

Oh and another thing is I lost my wallet somehow at the beginning of the month! It was in the inside pocket of my coat while I was at work but when I put my coat on the next day at home, I realized it wasn’t there anymore. Somewhere between work and home, it went missing! So that’s been frustrating having no I.D. for many reasons but is especially stressing me out because I have a package waiting for me at Canada Post that I can only pick up with picture I.D. *sigh*

I know this hasn’t been a very positive post but it’s just reflecting what I’m feeling right now. I know it will pass but I did need to get some things off my chest! I think all the bad things happening lately have been a big reason why I don’t want to work on my blog as much. I honestly just want to curl up in bed and watch a movie and that’s been my safe haven at the moment.

I think we all probably go through this stage with our blogs when life is tough and we just have to do what feels right for ourselves whether that’s blogging more or blogging less. So I’m sorry I haven’t been around as much lately, and that includes visiting the blogs I love to read, as well. Who knows, maybe once this strep is gone, I’ll bounce back with some newfound inspiration!

Anyway, this has been painfully long! Much love to all of you guys!

P.s. I did find one picture to share even though it’s not from December: 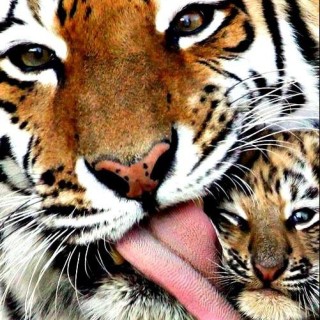 The One with the November 2017 Empties

The One with the Influenster Benefit “Benefaves” VoxBox

The One with the “Chatty” December 2017 Update

The One with the Ipsy November 2017 Glam Bag

The One with the Smashbox Drawn In. Decked Out. Shadow + Highlight Palette Set

The One with the Sephora VIB Sale Haul {November 2017}

The One with the “Chatty” November Instagram Recap {Week Two}

The One with October 2017’s Sheet Masks

All original content including blog posts, logos and photographs are copyright © Tigritsa and Tigritsa Beauty, [2015-2017]. Unauthorized use and/or duplication of this material without express and written permission from this site’s owner is strictly prohibited.